Marbella is one of the most recognized and priviledge areas on the Costa del Sol. a luxurious resorts, it’s no wonder that this area is a popular destination for those looking for a bit of luxury in their lives. LuxuryForSale.Properties Marbella Golden Mile property specialists, is one of the most expensive districts of the Costa del Sol. This Golden Mile section offers information  of general facts and specific developments of this well-known part of Marbella.

The Golden Mile is the epitome of elegance, affluence, and high-class life, making it one of Marbella’s most recognizable and famous. Grand villas and penthouses lie close to the lush flora that defines much of this neighborhood. While prestigious hotels, beach clubs, restaurants, and nightclubs cater to an international jet set. This is Marbella at its most extravagant.

The Golden Mile runs from the western edge of Marbella to the Puerto Banus marina complex. They were traversing a moderate swath of shoreline and reaching the first hills of the coastal plain. Private estates, well-known resort hotels, magnificent beach clubs, exclusive restaurants, boutiques, delicatessens, and nightclubs are on the seafront midway between Marbella and Puerto Banus.

The handy location and pleasant microclimate have drawn a select clientele since the first pioneers saw its potential in the 1950s—the Marques of Ivanrey, the climate, and attractiveness. Vistas of mountain scenery and the Mediterranean Sea purchased a much rural estate between Marbella. The small settlement of San Pedro in what was then open countryside.

Long after, his nephew, Alfonso von Hohenlohe, purchased the Santa Margarita estate to become the Marbella Club. Established in 1954, this famed five-star resort hotel became an emblem of the glamorous years that followed, with regular visitors including Ava Gardner, Deborah Kerr, Omar Shariff, Sean Connery, and Liza Minelli. Soon after, the Puente Romano Hotel opened its doors, becoming almost as famous as the Marbella Club. Still, before long, wealthy tourists began building their villas on the beach.

With families like the Bismarcks, Rothschilds, Thurn und Taxis, Metternichs, Goldsmiths, de Mora y Aragóns, and Thyssen-Bornemiszas as occupants, the Golden Mile had a reputation for being one of the most prominent addresses in all Europe. This prestige increased when the late Saudi King Fahad erected a vacation palace that matched the White House in style and grandeur; the location, ‘La Milla de Oro’ by Roy Boston, the German entertainer and creator of the award-winning Alhambra del Mar project.

With such a history, it’s no surprise that establishments surround the Golden Mine. That has become a landmark in its own right. The Marbella Club and Puente Romano have thrived, with amenities such as a beautiful beach club and a private tennis center featuring George Benson and Blondie performances each summer; golf clubs, racket clubs and gyms, shops, delicatessens, and beautiful restaurants and cafés along the fashionable avenue, famous for its parks and lush greenery.

The nightlife establishments, such as Olivia Valère and James Hewitt’s The Polo House, are as discrete as one would expect. Such establishments cater to an international audience, and celebrities from Bruce Willis and Sharon Stone to football stars are there.

Olivia Valère, in particular, has become a vital element of the contemporary Marbella nightlife scene. We offer various restaurants, lounge bars, and nightclub ambiances within a single, Marrakech-inspired venue.

Despite this, the Golden Mile is a tranquil neighborhood with ample space and vegetation. This provides seclusion and diversion to residents and visitors alike. Yachts moored off the shore complete a zone dedicated to the art of affluent living, which has contributed to Marbella’s spectacular reputation.

Prince Max von Hohenloe and his son Alfonso arrived in Marbella sixty years ago. The city was a tiny fishing and agricultural village at the time. Land sloping down to the Mediterranean is unsuitable for farming and sold at rock-bottom prices. They purchased a sizeable coastal parcel with magnificent views. They built a home where the family entertained a diverse range of guests, some of whom moved in and stayed for extended periods.

So Prince Alfonso transformed the property into a little Mediterranean paradise for a select group of clients. Thus, the Marbella Club Hotel started, and a little colony of cottages (quite good places) and larger villas built up around it over time.

The term “legendary” is too many. But what about a site where princes, princesses, dukes, kings, world champions in various sports, film stars, bullfighters, and other celebrities have stayed to enjoy the beach, sunshine, and exciting company?

Even though the company isn’t as sparkling as it once was, the bar at the Marbella Club is still a place where the elite congregate to enjoy a drink and a conversation with one another. People speak in varied tones in this place. “Luxury” does not have to imply grandeur. A site with pleasant materials maintained throughout time, created for unassuming comfort, and the kind of service that makes you feel at home will do.

The catering and other amenities of the five-star Marbella Club Hotel are available to the area’s villas and bungalows. Many of these properties have direct access to the Marbella Beach Club through the gardens. The Beach Club, which has its dock for convenient access to your powerboat, deserves its chapter, but suffice it to say that it will exceed all your ideas of what a Mediterranean beach club should be.

Land prices in the Marbella Club Hotel neighborhood are the highest in Marbella due to its history. Seafront location and convenient access to both Puerto Banus and Marbella town center; there are few properties for sale here, but those cost between one and two million euros.

The houses are often modest older villas with five bedrooms, five bathrooms, and staff quarters. When we say “older,” we don’t imply “fixer-upper.” These houses were well-built, to begin with, and have been well-cared for by their owners. Although their electronics and plumbing have evolved, they have a traditional air. Santa Margarita, Las Torres, and Santa Petronila are among the beachside urbanizations.

Building on the success of the iconic Marbella Club Hotel, a favorite of the international jet set since the 1950s and 1960s, Prince Alfonso von Hohenlohe began work on a project that would result in the 1974 launch of a magnificent apartment complex. Puente Romano Hotel is located on a gorgeous, beachfront strip of land next to the Marbella Club along the mediterranean beacho of the Golden Mile, near a Roman bridge relic of the Via Augusta, which connected Cádiz with Rome about 2,000 years ago.

The bridge is now by the soft-edged, white-plastered Andalusia architecture. That made the Puente Romano a favorite with those who spent an entire season in Marbella. Mr. Mouaffak Al Midani was one of them. He bought the complex in 1979 and turned it into a beautiful five-star resort hotel, converting the vast private flats into premium hotel suites.

With a long list of celebrity guests and the honor of hosting events such as Bjorn Borg’s wedding party in 1980. The Puente Romano established an international reputation that rivaled even the venerable Marbella Club Hotel.

The hotel’s location in the middle of the Golden Mile, along an entire length of property that leads straight to sandy beaches, ensured its long-term appeal.

Many celebrities have stayed here. This is because the beautiful Puente Romano Tennis Club has hosted international tournaments and concerts by Blondie, Ray Charles, and the Gypsy Kings, to name a few.

The facilities expanded further in the 1980s and 1990s, with more opulent apartments, new restaurants, and a spectacular beach club that ranks as one of the most elite in Marbella.

Following the Shamoon family’s sale of Puente Romano in 1994, new catering, conferencing, and banqueting facilities were to meet the increased demand for sophisticated locations to host spectacular events, launches, and parties. More recently, an extensive makeover has modernized the décor and services while maintaining loyalty to the sensual Moorish-inspired architecture that lends the Puente Romano, and indeed the Marbella Club, its exquisite character.

Those few fortunate enough to own a house near the Puente Romano are part of a privileged group in Marbella’s Millionaire’s Row. Private domains in peaceful, hidden residential lanes nestled between the Golden Mile and the sandy coasts of the Mediterranean are here, surrounded by lush foliage. Some of the properties stretch from the road to the sea. Their costs range from more than ten million euros to more than sixty million, placing them in a category on the international stage.

Privacy, security, and discretion are the watchwords in this location. Stunning homes with exclusive beach access are among the grandeur of subtropical landscapes. The presence of the Puente Romano and Marbella Club as neighbors only enhances the property’s attraction. Fine restaurants, racket clubs, and beach clubs are on your doorstep. The other facilities of the Golden Mile are close by, with Marbella’s shopping, nightlife, and professional services only a few minutes away. The nearest golf course, Dama de Noche, is only five minutes away. The fact that your yacht may be ‘parked’ within sight of your home contributes to this being one of those fantasy places that appeal to the residential A-list.

When combined with access limitations that prevent non-residents from entering, these components create a sense of rurality in wealthy suburbs with forested groves and protected natural beauty. It has views of the Mediterranean coastline to Gibraltar, where it meets the Atlantic Ocean, as well as Marbella and Puerto Banus.

The quality of the houses in Sierra Blanca stands out in this regard. The location and natural beauty are not the only factors contributing to the desirability of a residential address. There are well-kept roads and guarded entry points. Most villas are inside sprawling, landscaped grounds.

This quality generates a sense of space and privilege, with each house enjoying the solitude. Each cabin also wants a clear orientation towards the sea while remaining in a secure suburban setting. Sierra Blanca homes provides stunning mountain vistas, and some owners have designed their villas to showcase blue sky and sea views and the natural flora of the nearby surroundings.

If you are looking for a luxurious and private villa in Marbella Golden Mile, look no further than Luxury Villas for sale in Marbella. We offer villas in some of the most beautiful and exclusive areas of Marbella, everything you need for an unforgettable vacation or permanent home.

Marbella golden mile is home to some of the most expensive villas for sale on the Costa del Sol. They include amazing villas, outstanding penthouses and beautiful new builds. Browse our extensive listings to see it for yourself. Our experienced team will be happy to share our local expertise and knowledge to help you find the villa on the Golden Mile that suit you best. Dont wait, Contact us now.

If you are interested in Marbella Golden Mile properties, We are here to help you! BECAUSE BUYING AND SELLING A PROPERTY IS A MATTER OF TRUST. 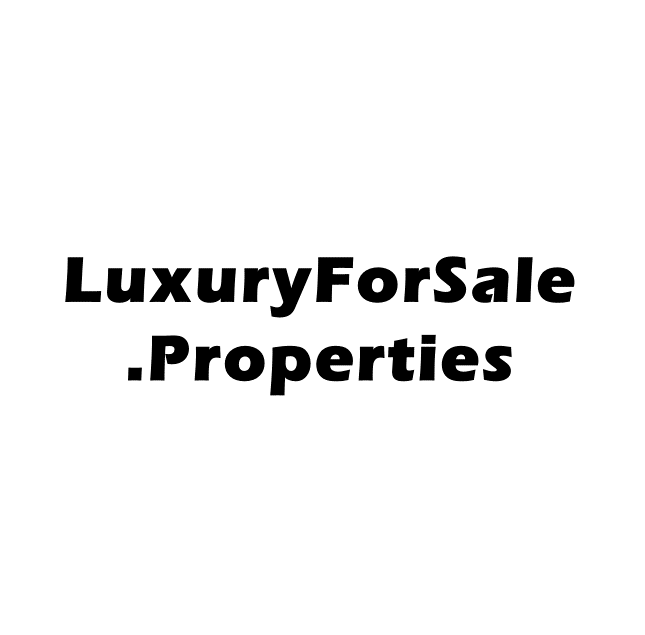