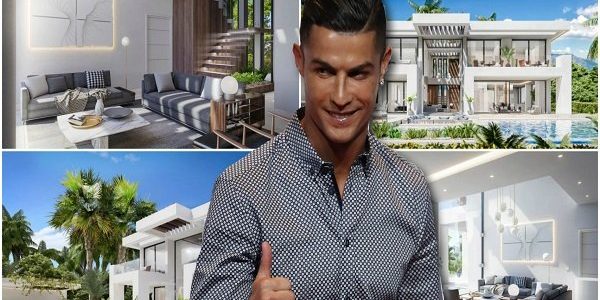 This is the impressive modern new house that Cristiano Ronaldo has just bought in Estepona.

The Portuguese striker has acquired a large mansion in one of the most exclusive areas of Estepona, on the Costa del Sol, valued at 1.5 million euros.

Superstar Cristiano Ronaldo has just bought a new house, Is about to become neighbours with ‘Notorious’ UFC star Conor McGregor after eyeing up a £1.3million holiday villa on the same luxury development in Spain for the super rich. 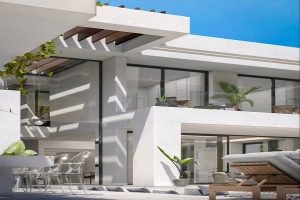 The Portuguese soccer legend, who currently plays for Juventus, has bought a four-bedroom luxury pad in Marbella to add to his vast £27million property empire.

The footballer Cristiano Ronaldo has just acquired an impressive new house in the La Resina Golf & Country Club complex in the Costa del Sol, in one of the most exclusive areas of Estepona (Málaga), valued at 1.5 million euros.


Cristiano Ronaldo has bought a turn key house in Estepona, since it has not yet been built. An advantage because the Portuguese striker can adapt the house to his tastes and preferences, while maintaining the design of the architect.

The house, large, is distributed on two floors. On the ground floor is the kitchen, the dining room and a small living room, all in the purest American style, where harmony is evident in terms of decoration and colors.

One of the advantages of houses on the Costa del Sol is the great light that houses have. In this property, in addition, it has huge windows to get more natural light when it is reflected on the whites that flood the floors, walls and doors. 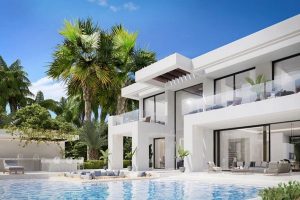 To avoid that the design of the house ends up being monochromatic, throughout the house there are distributed wooden beams and huge planters that give a rustic touch to the home. They stand out above all the window frames and on the porches in brown.

Another of the designers’ resources to give color and life to this home has been the furniture and bedding, based on gray and beige tones. In the picture, the living room with a small table and a seating area with a sofa and several chairs.

To access the upper part, next to the dining room there are elegant and imposing dark wooden stairs, which give access to the area where the four bedrooms are located, perfect for the football player’s big family.

The house also follows a modern and minimalist design that can be perfectly appreciated in this bathroom. Made almost entirely in white, it has a floating toilet and a marble countertop with a couple of sinks and a large mirror in the upper area. 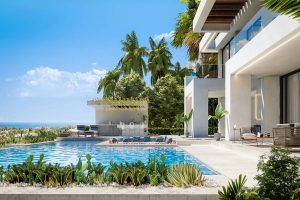 Cristiano Ronaldo is not the only one who owns a home in the La Resina Golf & Country Club complex, since its luxury and exclusivity allow its inhabitants quite anonymity and privacy .. The legend of martial arts, Conor McGregor, also has a home there.